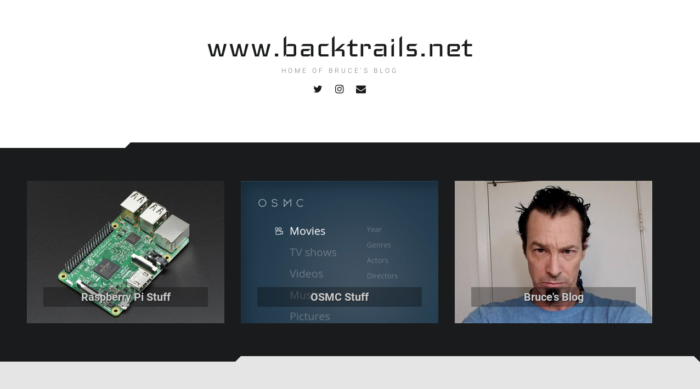 Originally backtails.net was hosted in my room on a Slackware server years ago. I was into hiking. I thought it would be cool to have a website on hiking and add my adventures after a couple of years of maintaining a server in my room and then eventually getting hacked. I let the name expire someone else picked it up for a year or so. I picked it back up in 2016 with the intent of going hiking but this time, having it hosted on a real hosting provider. I don’t want the worry about maintaining the server. However, I did not really have the desire to go hiking as much as I thought I did. It turned into just my blog and tutorials. One day I was searching domain names after purchasing a domain name for my friend’s website. Just out of curiosity I typed in underscorenews and it was available. com and net.

Why underscorenew.net? One of my favorite podcasters or podcast companies is Jupiter Broadcasting and I hear Chris Fisher on a regular basis when he gets excited he says. I can’t underscore this enough! I’ve always got a kick out of him saying that. So basically I got the idea from Chris Fischer. Thanks Fischer!

In the geeks, the underscore it’s considered an important character. A variable named with just an underscore often has special meaning. $_ or _ is the previous command or result in many interactive shells, such as those of Python, Ruby, and Perl. In Perl, @_ is a special array variable that holds the arguments to a function.

I first purchased underscore news.com on my old hosting provider however, I was having issues with them updating their PHP to one that was not running end of life code you can read about it right here.