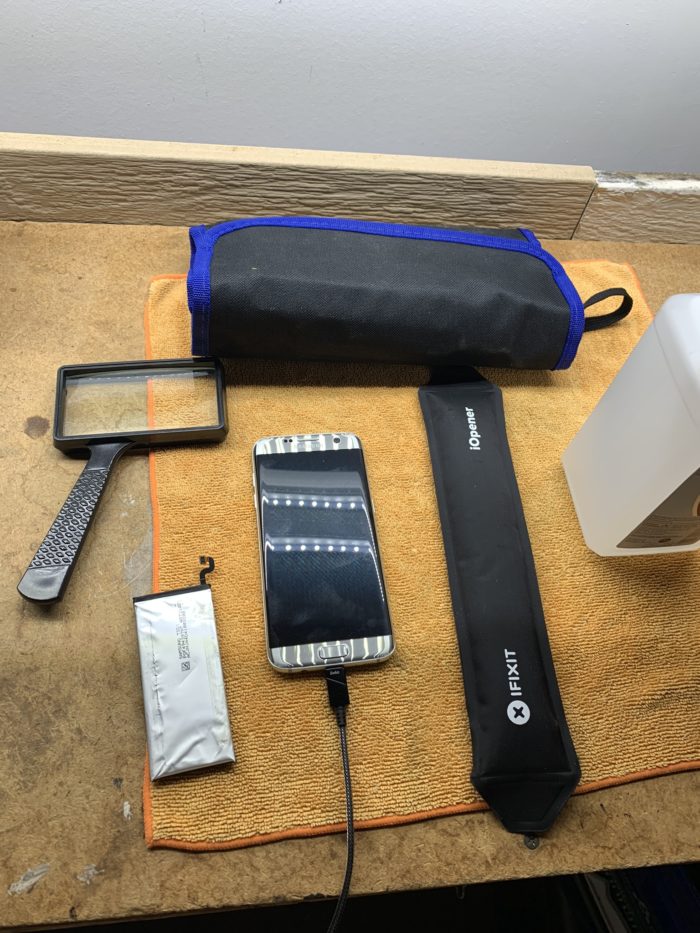 My first major purchase when I got my job at Amazon. Was a new phone and at that time the Samsung Galaxy S7 Edge just came out. I really enjoyed having a modern cell phone and at the time it was top of the line Android phone. Upon Setting up my plan with Verizon the salesman being a salesman talked me into getting an OtterBox cover for it at the low price 45 bucks. That is a joke that’s supposed to be funny because my case for my new phone cost me $10 on Amazon.

The phone work pretty good there were a couple of things I didn’t like such as unable to root the phone. I’m not saying I can’t root the phone. I know how to but if I did it would void the warranty. So yes I was stuck with that stupid NFL app. So about 10 months in I noticed OtterBox cover was not sitting right. I was having difficulties with the volume controls. I took the Otterbox off the discovered the phone was coming apart.

What happened was battery swelled up and literally pushing the bottom of the phone apart at the seams. So I took it to Verizon next to my house where I purchased it. Where it got very confusing on how to utilize my warranty the lady there was telling me I needed to get in contact with tech support and install an app and all kinds of weird unnecessary confusing information. I was in a hurry that day because I had a date with my new girlfriend! We decided to go to the Verizon store by her house. The salesman because that’s what they are a salesman. He immediately looked at it and said that is a manufactur defect up a slip and said I’d have a new phone in 2 days.

Received my new phone in two days and roughly 10 months later the phone starts to come apart at the seams once again. With anger and no warranty, I bought an iPhone and a warranty. And put the S7 Edge on the shelf.

I previously fixed a tablet that my daughter cracked the screen on. I was thinking maybe I could fix the cell phone and to my surprise, there is a kit out there to do just that. The company is called iFixit not only could I buy the kit it was only $32 with parts and tools and a new battery $32! thought in my head was what do I have to lose if I screw it up oh well. I have a phone that’s working perfect and just sitting around probably getting ready to explode while . So I bought the kit.

Rather than keep talking I decided to make a video my very first public video on YouTube Titled is Replacing a Samsung S7 Edge battery with iFixit kit!

This was originally posted on backtrails.net May 11, 2019. Find out what I did with the phone and what started a new obsession thanks to my friend Jason.