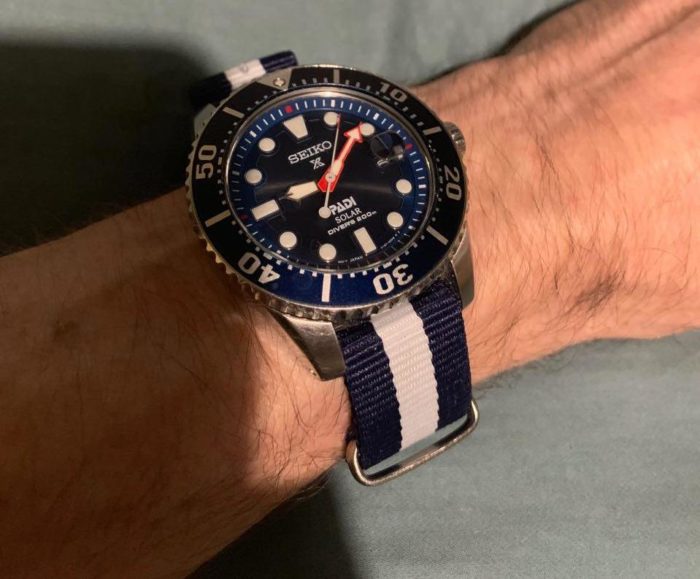 I would like to thank my friend Jason for starting a new obsession watches. Recently I replaced a battery on a cell phone, and one of my best friends that I talked to a lot was still using I don’t know what the hell it was. It was some old cell phone the type of cell phone that when he texts he would still have to hit several buttons to get one letter so a lot of his text messages had zeros in it they look Goofy and you could tell he was using an old phone example (y0 dude 1 t1me 1 hade my ak47 jam 0n m3) o are 0 and I are1 stuff like that. He had that phone for most likely over 10 years. He is the type of a person if it works why replace it kind of makes sense. I’ll see if I can get a picture of it. He doesn’t like change, to by the way.

Well, let me start over. I have another friend here in town that has several watches too. He is more of a Vintage collector. Having two good friends that are into watches, was starting to spark an interest for me and being that I talk to my close friends on a regular basis. My friend Jason said Jokingly one day on the phone I should just give you a real watch.

However, we still had this phone issue it would cut out all the time it would do things like a hissing noise which we would always joke he was being tapped by the NSA or CIA. Okay, to make a long story short. I sent him the cell phone I fixed. I put it in the original box the original headphones like it was new. Even put music on it in and I think a 64 gig microSD card on top of whatever the internal memory is. He turned around and sent me an awesome watch and Just and did just like I did The original box like it was brand new. I do have to say to date is my favorite watch. A Seiko Prospex Padi Solar.

If you do the math the phone cost more than the watch if it was new. However, the watch was not cheap too, but I still think I got the better end of the deal. First off when that phone is no longer supported or the battery has been worn out I’ll still have my Seiko. My friend Jason is also a guy that has three Rolexes don’t get me wrong he’s not a rich person he just likes nice things. He will actually save up and gets what he wants sometimes it takes him a year to save up for sometimes. The funny thing is he doesn’t tell anybody. Or my other conclusion he is secretly an international drug dealer and keeps his cover very well and is loaded with money. He is a unique individual and I’ve been friends with him since high school. Matter of fact both friends that I’ve mentioned I have been friends since high school. So Jason will save up and just shows up with something new and exciting. In 1994 we were in my friend’s garage playing music and the bastard shows up with a Gibson Flying V a beautiful pearl white Flying V. Us as metalheads we all wanted to play it. As it being brand new needless to say we didn’t get a play it for that long as Jason would say okay that’s enough!

So, all in all, I think it was a good trade a cell phone for a Watch. Since then I have purchased an Invicta chronograph. My dad gave me his 1964 Bulova 17 Jewels automatic that his father gave him before he went into the service. I’m also doing an Archive of old family photos and found my grandfather’s Elgin Sportsman 17 Jewel made in France. It was in a box along with some pictures, some old antique razors it was quite a fine. Elgin Sportsman 17 Jewels works it keeps good time surprisingly for sitting in a box for 20 plus years. Just recently purchased a 1959 Bulova 23 XW For $17. That I’m going to attempt to restore myself. In a couple more you can look at at this link

This post brings on a another topic friendships and the importance of true friends. (post coming soon)