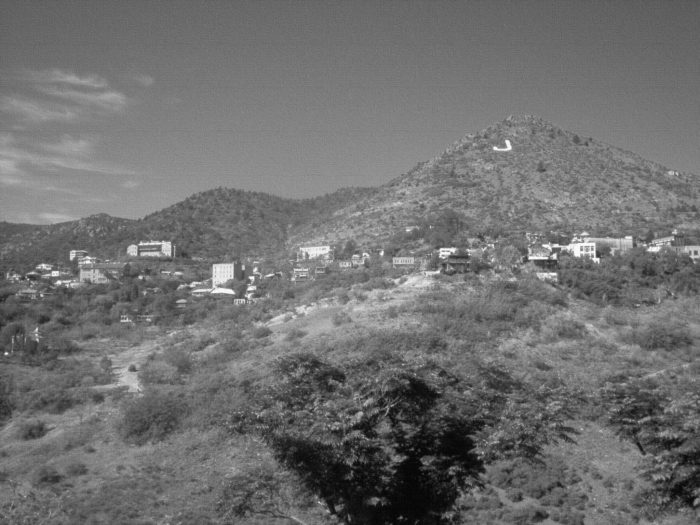 Something that always interested me was the turn of the century medicine maybe it was because of the movies such as House on Haunted Hill the old one and the new one the TV show The Knick. I’ve just always had an interest in turn of the century medicine and surgery how crude but necessary it was to get us to where we are today. This is my trip to Jerome Arizona to visit Jerome Grand Hotel which once was a hospital for the booming mining industry in Jerome in the 20s. Jerome is a town in the Black Hills of Yavapai County in the State of Arizona in the United States. Jerome was founded in the late 19th century is more than 5000 feet or for you people that like meters 1,500 meters above sea level. Jerome is roughly a hundred miles from Phoenix Arizona. According to Wikipedia As of the 2010 census, its population of Jerome was 444 People. A little history about Jerome in its glory days was a very prosperous copper mine. It was home of more than 10,000 people in 1920. I have visited Jerome maybe three or four times in my life there’s something about that town. Now today it is more touristy but when I first visited it there wasn’t much to it there was a lot of empty buildings and a couple of gift shops. Although Jerome reminds you of a western town such as Tombstone, Arizona. Tombstone was founded in 1879 that is a bit of a gap in time between Tombstone and Jerome however visiting Jerome you get that feeling of an old western town. I have been to Tombstone a couple of times also when I was younger. See I am originally from Illinois and every time a family member would come to visit Arizona we would go to Tombstone because that was the place to check out. I mean why not Wyatt Earp or better yet the Earp brothers and Doc Holliday The Gunfight at the O.K. Corral good old-fashioned Western history. And not to go off subject. I have been in some remote places in Arizona there is a small store called Bonita Store in Bonita, Arizona where Billy the Kid shot and killed somebody. I bought some junk food there before a deer hunt if you want to know where Bonita is it’s on the backside of Mount Graham right next to Fort Grant Prison which is a whole nother history story of Fort Grant. Okay sorry for going off track. I sort of write like how I talk not very professional but then again this is my website so I do as I please.

The Jerome Grand Hotel was originally constructed in 1926 under the name United Verde Hospital. I was owned by the United Verde Copper Company. United Verde Copper Company later to become Phelps Dodge Mining Corporation. Where I grew up as a boy Safford, Arizona we called Phillips Dodge just PD. Phillips Dodge has one of the biggest open pit copper mines in Eastern Arizona a lot of people from Safford worked for the copper mine In Clifton, Arizona or what the local people called Clifton/Morenci.  Phillips Dodge is no more it was acquired by Freeport-McMoRan Copper & Gold Inc. in 2007 why did they say acquire why not bought.

Okay back to this Hospital known as Jerome Grand hotel now if you look at this picture and you see the glass ceiling at the top that is where they would do the operations glass ceiling operating room you got to see what your cut right makes perfect sense if you ask me, especially the Arizona Sun is super bright. Now that room is designated as the living quarters for the owner of the hotel so I’m told that would be pretty cool to live there except for me, I’m a night owl and there would be a lot of tinfoil on the glass.

When I visited and stayed at the Grand Hotel a very nice old lady ran the front desk or I guess I could get proper The Concierge gave us a tour of the underbelly the Grand Hotel The Boiler Room. In order to not get anyone in trouble, the date will remain a mystery because I do not want to get a concierge in trouble for giving us a late night tour it is usually off-limits. We stayed there in August at the time the ventilation for conditioning the air to make it cooler. Was traditional in a sense every room had a wood hatch above the door that would open up for ventilation. They were reusing what I always call a swamp cooler better known as an evaporative cooler. Swamp coolers or evaporative coolers can be pleasant or they could be a nightmare if it gets too hot. Growing up in Safford as a boy that’s what we had, was an evaporative cooler. The altitude of Safford there wasn’t that many miserable days with the evaporative cooler.

I if you look you can see at the top of the door that you can open the hatch for ventilation. It was a nice temperature and not muggy it was a pleasant stay. The rooms that you stay in are hospital rooms. For me, that was the whole point of going. My fascination with the old west and turn of the century medicine staying in a room once hospital room for people that worked in a mine at the turn of the century oh yeah. Of course, I wondered how many people died in that room and most likely without a doubt, there were a couple of deaths in each and every room, after all, it was a hospital. At a time when rules and regulations were a bit lenient compared to todays work environment. Jerome was not an open pit mine it was the old fashioned dig a hole and keep going mine shafts. Now, this is a rumor but I was told that most of the underneath of the town has tunnels going every which way most have been caved in. That adds to the excitement of the whole experience true or not.

During our stay, the hotel was going under renovations. Some of the hotel was off-limits due to construction. If you ever decide to go to Jerome. Jerome Grand Hotel, in my opinion, is the place to stay. I know there are some bed and breakfasts in Jerome but I highly recommend the Grand Hotel. It’s at the top of Jerome you get to see a beautiful view and if you’re a historical geek like me I think you would really enjoy it. I almost forget there is a restaurant there called the Asylum. The food is quite good granted I have not been there in quite some time but the atmosphere of it all it’s awesome if you like to take in every little piece all the way down to the lighting in the Asylum Restaurant it really gives you a feel what it was back in the day of that western-style Frontier Hotel accommodations. As a person that was late in his 20s at the time roaming the streets of Jerome just like a tourist in his eighties enjoyed every minute of it. Here are some more pictures of Jerome Arizona.

I hope you enjoy them and I hope you enjoyed my little/big post about my experience visiting Jerome, Arizona and my stay at the Jerome Grand Hotel. I do intend to go back there has been a lot of changes there. I would really like to see the Puscifer store and Caduceus Tasting Room and if I’m lucky I may see a famous rock star or two. From what it is more of a sightseeing place than it was when I saw it. I feel lucky seeing Jerome before it got on the map as a tourist spot forward to seeing in the future.